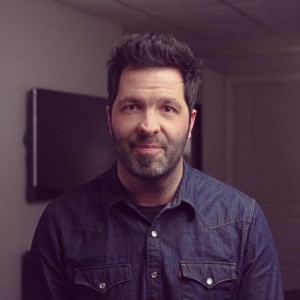 Why Do My Drum Recordings Sound Amateur?

Last week we talked about capturing a big natural drum sound with only 4 microphones. This week, I’d actually like to stay with the drum theme and help resolve one of the biggest frustrations when it comes to home studio recordings, especially when it comes to drums. It’s so important that we get our drum sound correct because they are the foundation of the the track. I can’t tell you how many times I’ve listened to someone’s “demo” or even a band’s full length record and cringed at their drum tones, all because they missed one important step in the recording process. So let’s take a look at how NOT to have your drums sound amateur when recording a record.

There are actually 3 elements involved in capturing great drum tones but today I’m just going to heavy on one. It’s not crazy expensive microphones (although those are fun to have). It’s not a plethora of outboard gear like vintage pre-amps, compressors, eq’s, etc (although those will help add color and shape). It’s not even having the rarest of drum kits that just sound amazing, regardless of their environment. It’s all about being Phase Coherent!

I briefly touched on this last week but I”m not sure I stressed enough, just how crucial this element is to tracking drums. The truth is, it is the make it or break it point when trying to attain that big natural drum tone. I wish I had someone telling me this stuff back when I was first starting out! I “produced” a fair amount of records long before I knew anything regarding phase coherency and somehow, I got away with it. In fact let me take this opportunity to apologize to all of those bands out there that got gypped on their drums tones. I’m really sorry! I honestly just didn’t know any better.

I still remember the day (or session) that everything clicked in terms of having my microphones in phase.  WOW! “Where did those drums tones come from?” I thought to myself. Of course I didn’t say anything out loud, I couldn’t. My client was right there in the room and I was supposed to be the “professional” recording engineer that he was paying to GET him professional sounding drum tones. How could I have not known about this? Who was holding out on me? It almost felt like a conspiracy that all of the PRO’s we’re involved with, keeping to themselves this little nugget of information, in order to torture little tiny “home studio engineers” like me. In all fairness, the internet wasn’t in full swing at this point, as where today, it’s so incredibly easy to find recording tips that even the PRO’s are more than happy to share. But back then, the day my ears heard a fully “in phase” drum recording???? I truly felt I had stumbled across the 8th wonder of the world and it was indeed, one of the happiest day of my life.

So how do we make sure that our drums are in phase? It really comes down to your set up and how many microphones you’re using to record your drums. You typically run into phase issues when you have more than one microphone, all trying to capture the same sound or instrument at the same time. If those microphones are all at different distances to the source – obvisoulys the sound is going to reach those microphones at different times. So in theory, if you’re just using a mic on the kick and one on the snare – you’re probably not going to run into any problems. But as soon as you add 2 overhead mics, you WILL need to make sure they are phase coherent. Without getting into the law of physics and a whole bunch of technical jargon that you may or may not understand – let’s just break it down into layman’s terms.

Those 2 microphones, that are generally above the kit capturing the overall sound of the drums, NEED to be the same distance to the center of the drum kit – which would be your snare drum. It’s actually that simple. So let’s take a look at a quick and easy way to ensure the distance between the source and those two microphones, are the same. (I know I said this exact thing last week, but it’s so critical that it’s worth repeating, just incase any of you “skimmed” over it.)

Get Your Measuring Tape-On!

First, take a piece of string or a mic cable and have your drummer hold it tight against the center of the kick drum head. (He can use the beater of the kick pedal to securely hold it in place).

Then drop the excess string down to the center of the snare drum and have you drummer hold it tightly in it’s place.

While your drummer is securing both ends of the string (one to the kick and one to the snare), your last step is to then swing your end of the string (the one that’s touching the overhead mic), over to where the second overhead mic is placed. If you’ve measured correctly, you should now be touching the front grill on the second microphone. If you’re not, move that mic closer or further away until the distance is the same.

Now it’s time to do some sample tracking, because ultimately it’s going to be your ears that tell you if those microphones are in phase or not. How to listen for phase issues is a bit harder to explain. The best way I can put it is like this.

If your overheads are in phase – it will sound like a drum kit.

If your overheads are NOT in phase – it will sound like a “thinner” version of a drum kit.

I know that’s not very technical, but it’s the best way for me to describe it. After all, when you have phase issues, you’re basically creating “noise cancellation” – which would then make sense why your drums sound “thinner” or not as full as they should.

One last little tidbit, and this could be a life saver. If for some reason you’ve already tracked your drums and it’s too late to start all over again – you can actually FLIP the phase in your DAW. All you need to do is find a standard 1 band eq (or any plugin for that matter) and look for the little phase button. Toggle that button on or off on one of your overhead channels and see if it makes a different. If they were out of phase – you should notice it right away. If they were already IN phase – it should sound worse when you flip the phase button.

I sure hope this helps you in your efforts to capturing some big fat drum sounds. If it’s not helping, or you’re having a hard time visualizing the process – please comment below and I would be more than happy to do a short video, documenting everything.